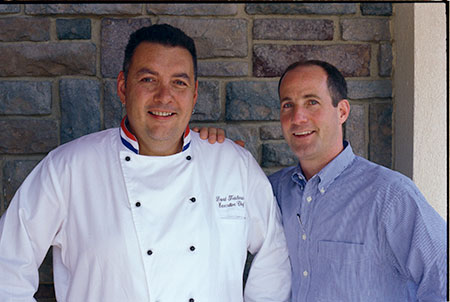 The idea behind Bluegrass came from Jim Lederer who has spent almost forty years in the business. Jim has been involved in restaurants since 1984. He started his career with the Stouffers Restaurant Corporation, Jim was then introduced to Don Roth and there was a short courting period where the relationship grew quickly. Jim was given the GM role at Don Roth’s in Wheeling for 9 years. After 9 years with Don Roth’s in Wheeling, Jim accepted an opportunity to get involved with Lettuce Entertain You Enterprises and ended up running the kitchen at Bub City. Jim then created another opportunity by opening up Crawdaddy Bayou in Wheeling. This began with a set of blueprints and a chef named David Teichman. His job was to bring this concept to life. The restaurant was a huge success after its first year. After 4 years with Crawdaddy Bayou, Jim decided to take a break from operations and traveled and consulted in the food & beverage industry for 2 years. After 7 years on the board of directors for the Wheeling Prospect Heights Area Chamber of Commerce and Industry, Jim was asked to reside as the President. As President of the chamber, he formally started the Restaurant Row Hospitality Group within the Chamber of Commerce. He then got back into operations as the GM of a fine dining restaurant in Lake Forest, enhancing and growing their business, while he planned the opening of Bluegrass.

After seeking advice on the menu, Jim decided to create the first Bluegrass, new concept was really great food and service, something not executed well at almost any price points yet alone the casual price point… Chef David Teichman was the original chef/partner in 2004.

Bluegrass has grown into the community embracing the city of Highland Park, where Jim was on the Design Review Commission for over 8 years. Jim also started the Taste of Highland Park with Mayor Belsky in 2005. Bluegrass has been involved with Sherwood School, NSSED and Highland Park High School’s Hockey team since 2005 as well. There are numerous non-profits Jim has contributed to through out the years, including HP’s own Smile Foundation, which is part of the Highland Park Park District.

Bluegrass has created numerous events though out the years, ranging form wine dinners, beer dinners and now boils and smoking events. Bluegrass usually does a couple of Shrimp Boils, Crawfish Boils, then adds a Lobster and Dungeness Crab Boil at the end of the year. Along with smoking events, Mardi Gras, Cinco de Mayo, BBQ Fest, October Fest the menu at Bluegrass is always changing. The wine list and craft beer list are always in motion, simply growing and rotating with freshness and fun in mind.

Stay up-to-date with everything going on at Bluegrass. New menus, custom events – all in your inbox.

What People Are Saying…